Posted on September 1, 2020 by futuramahentai 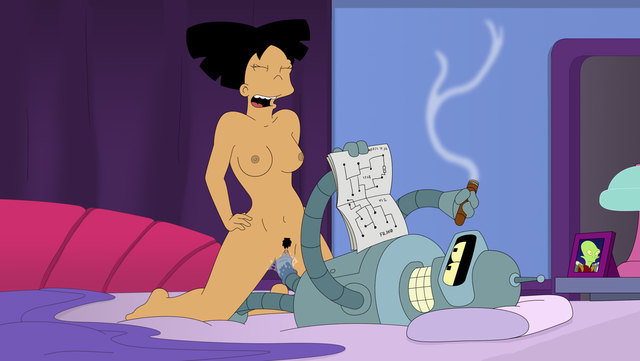 Posted on October 1, 2018 by futuramahentai

Disclaimer: FuturamaY and its characters are properties of Matt Greoning and David X. Cohen.

Opening to show: Pay the robot and the lobster doesnt get hurt

Siting at the main table are Fry, Amy, Dr. Zoidberg, and Nibbler. Fry is trying repetitively to balance a pencil tip on the bridge of his nose. Zoidberg is eating oil soaked burger bags. Amy is giving Nibbler a manicure.

Professor (Enter from left): Good news everyone! Ive created a gizmo that makes a person three times more intelligent and also sexually more appealing to the opposite sex.

The Professor holds up a device that looks similar to a TV remote control.

Professor: I call it The Perfectalizer, now, who wants to change their pitiful lives?

END_OF_DOCUMENT_TOKEN_TO_BE_REPLACED

The
ship made landfall without further incident, not counting Frys
unfortunate reaction to a stale Twinky she found in the galley, and
fairly soon the whole Planet Express staff were gathered in the
conference room.

The
room was tense; normally a post-mission debrief would only involve
Leela and Hermes, sorting out the accounts and getting stories
straight for when the clients inevitably called to complain about
broken packages and the like, whilst everyone went home early to get
some well-deserved rest. The resentment at being kept behind was
almost palpable.

On
top of that, Fry found herself sat directly opposite Bender with the
entire expanse of the table between them. Bender didnt look at her
as she sat down, preferring to stare at the ceiling with his
eyeshield half lowered as he smoked one of the cigars Fry could no
longer stand to be around.

END_OF_DOCUMENT_TOKEN_TO_BE_REPLACED

Witness Leela Turanga gets taken from behind by some fierce alien!

Posted on January 25, 2016 by futuramahentai 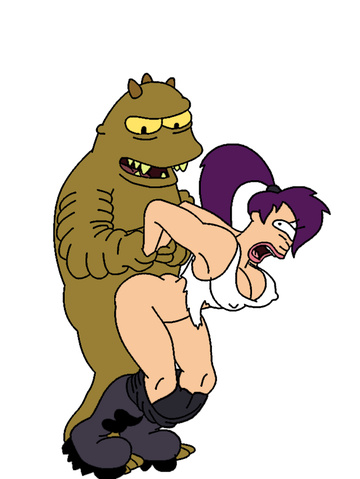 GIF Animation: Witness Leela Turanga gets taken from behind by some fierce alien!
Nothing but the best Futurama drawings featuring babes being spread and fucked, and see sexy chicks exposed for the first time into the world of lesbian sex… Enjoy the hot show where Leela Turanga tears off her dress and can’t restrain screams of delight for more than two times after being roughly fucked in asshole. Futurama whores love getting naughty to bring the best sex than you have ever encountered!

Posted on November 3, 2015 by futuramahentai

END_OF_DOCUMENT_TOKEN_TO_BE_REPLACED

Bender luvs to fuck Leela in her backside and mouth at the same time!

Posted on September 17, 2015 by futuramahentai

The Worst of Both Worlds Part I – Chapter 1

Posted on April 9, 2013 by futuramahentai

Frylight Zone Episode 5.5:
The Worst of Both Worlds, Part I

Note: this story takes place after the first five episodes of the Fan Fictions
series “The Frylight Zone”. You can read those stories at
.ar/fanfic if you’re interested. Being a continuation for other fics, there
are some things that go quite differently from the usual Futurama universe; so here
I’ll list the things you need to know:

The Professor modified his “What If” machine into an “Elseworld
Machine”; which could be used to visit other parallel universes; due to a
foul golf ball by Bender, the machine malfunctioned and sent Fry and Amy from
one parallel universe to another. Yes, this diverts from what was stated in I
Dated a Robot, that there was only one parallel universe. I don’t care. The
original Fan Fiction also said something to the effect of Fry being fated to be
the Dimensional Traveller, and introduced a villian nemesis of sorts. I don’t
care neither. I’m ignoring a bunch of story points that I didn’t like, and in
fact this story could be rewritten to be a stand-alone story. I’m not ignoring
continuity with the rest of the series, but not making a straight continuation from it neither.

In an earlier episode, Amy was killed, and then revived with a bunch of biocyborgenetic
enhancements; she has the hability to fly, superhuman strength, and other feats.
She’s also no longer a klutzoid… she’s had some “character development”
in the earlier parts of the story, after meeting her parallel self.

Likewise, Fry is no longer as dumb as a brick. He hasn’t gained any superhuman
strength, but he’s just a bit more smart END_OF_DOCUMENT_TOKEN_TO_BE_REPLACED

Posted on October 11, 2012 by futuramahentai